Restricted competition for the densification of the neighborhood "Josefsviertel"

The competition proposes a solution for the complex situation of the parcel ’Stadtteilzentrum Züricher Straße’ which faces a street of high buildings, and expecting the opening of a new metro station, while maintaining at the south the suburban residential scale of its surrounding.

A unique urban fabric offers to resolve both situations. It is the open free space that will give the built structure its specificity. A big plaza towards Züricher Straße acts as an extension to the avenue and groups the principal amenities and commerce around the new metro station. Whereas to the south, a green plaza is designed as a common garden to be appropriated by the neighbors. In this sense the public space acts as a platform not only for the built structures but also for the multiple processes that this neighborhood will experience. 42 datasheets define the norms and future management of the public and built platform. Its aim is to function as a tool for negotiation between the different actors involved in the planning of the area (public entities, developers, citizens and technicians). 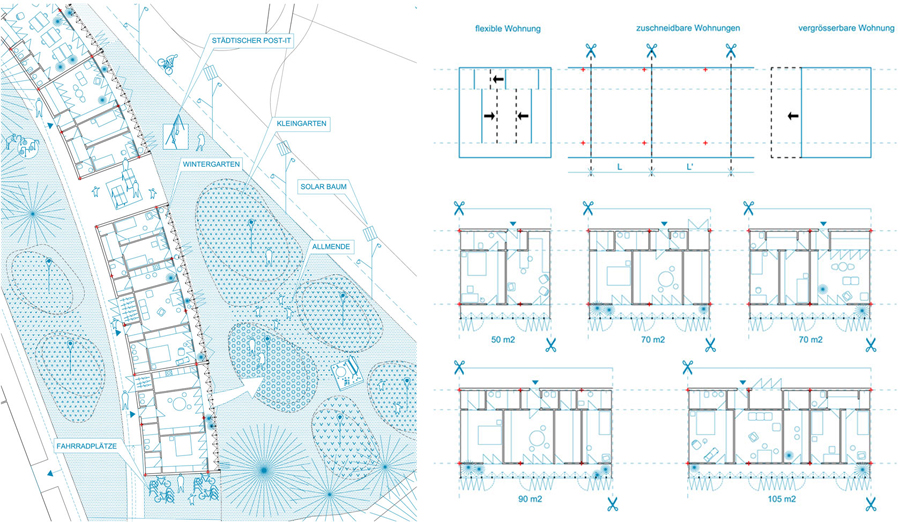