In the current context of climate emergency, it is necessary to identify the strategies needed for the adaptation of the urban habitat to the effects of climate change. This issue is even more urgent when it comes to the development of new spaces in the city and, especially, when they are located on the coast.

Since 1990, an environmental recovery of the public use of the northern coast has been visible, from the Port of Barcelona to the municipality of Montgat. Its recovery began in 1982 thanks, among other things, to the construction of the east collector. This infrastructure has made it possible to improve the quality of bathing water along the entire coastline. Subsequently, the successive urban transformations, first those linked to the Olympic Games of 1992, and later those of the Forum of Cultures in 2004, together with the recovery of the seafront at the mouth of the Besòs River, have boosted the improvement of beach conditions and the increase in public use. In addition to all of these, today we are witnessing the transformation of the Three Chimneys coast. The development is planned of a new residential neighborhood with facilities and a promenade linked to the stabilization of the beaches.

The reflection and proposals made for this study are an essential exercise in anticipation that aims, on the one hand, to propose alternatives and, on the other, to open up a dialogue on the relationship between the city model and the effects of global warming in the area known as the Three Chimneys Coastal Front. 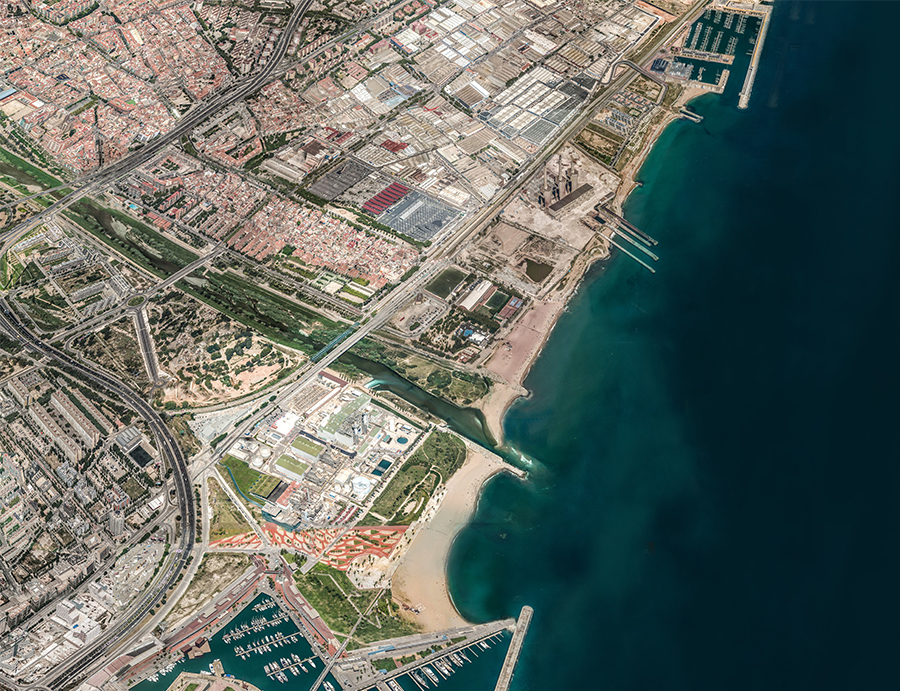 It is essential to change the strategy of independent actions to an integrated form of action. 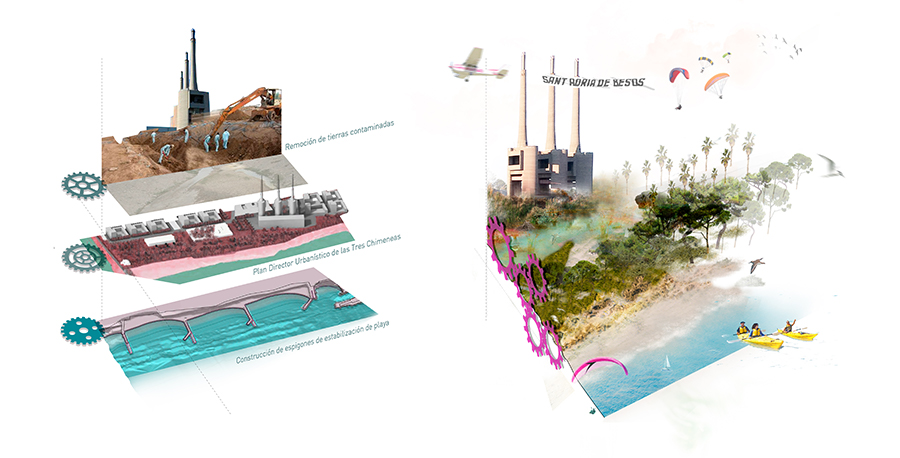 A new strategy for intervention on the coast 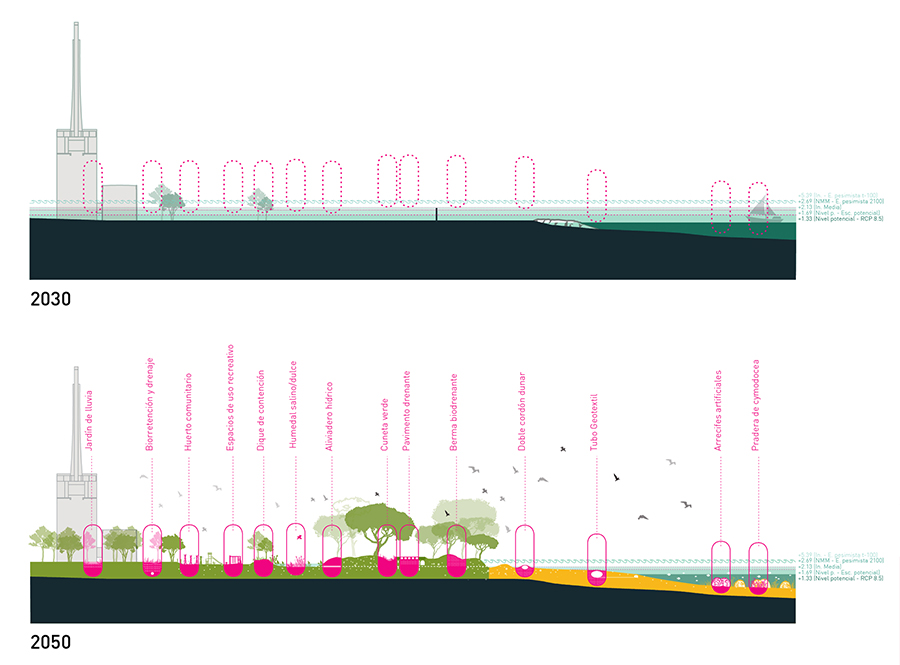 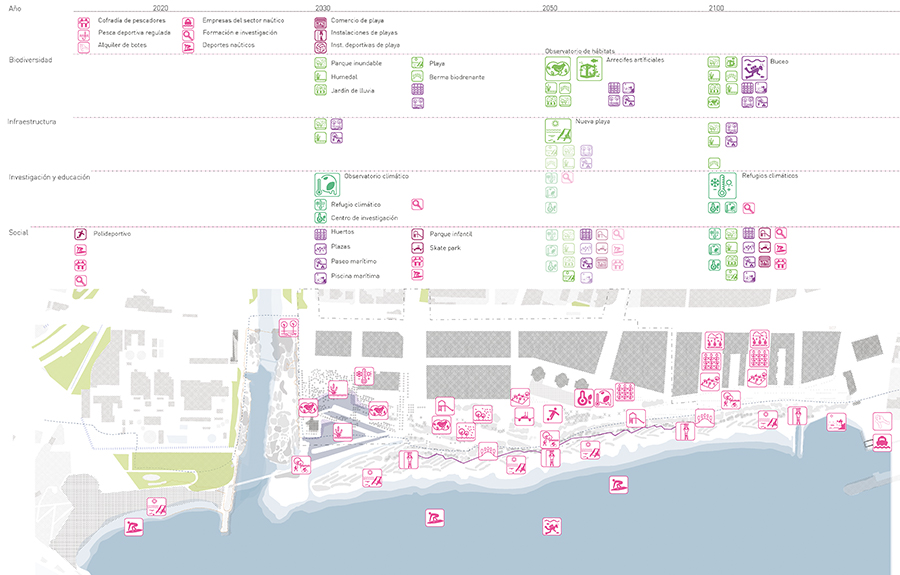 An alternative from landscape as a resilient, ecological and social infrastructure 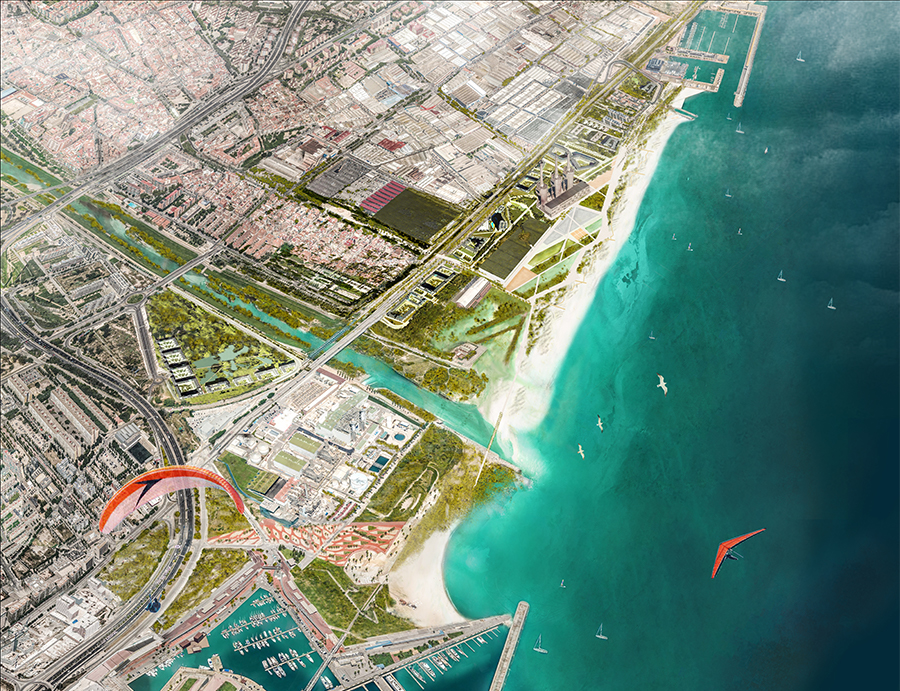